Your Knowledge Center for all Active Directory Security-Related Research

Overview
Pass-the-Hash (PtH) is an attack method where the adversary steals the hashed credentials of a user (or a computer) in order to authenticate, via NTLM, to various enterprise resources.

NTLM Background
NTLM is an authentication protocol used by Microsoft. All Windows versions older than Windows XP SP3 use NTLM as their default. Newer versions of Windows still use NTLM for backwards compatibility.

The NTLM authentication protocol works in the following manner: 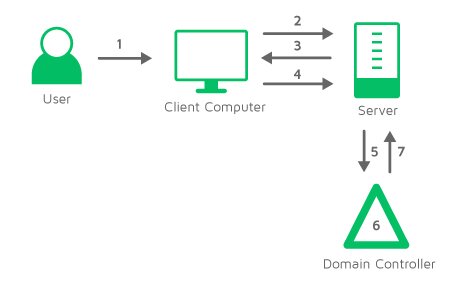 From the above, it is clear that when an attacker steals the password’s hash then the attacker can impersonate the user (or computer) – authenticating on the user’s behalf – while all communication appears to be legitimate.

Pass-the-Hash Attacks in the Wild
Despite PtH ticket being an “old” attack, first published in 1997, the automation of hacking has allowed it to become much more prevalent. For example, common tools such as WCE and Metasploit have support to carry out PtH attacks in an automated manner.

Additionally, PtH is considered one of the key steps in many APT attacks. To quote Infoworld: “PTH goes hand-in-hand with the types of infamous APT (advanced persistent threat) attacks that have staggered companies such as RSA, Sony, Dupont”

Failed Attempts at Mitigating Pass-the-Hash Attacks
Defenses have aimed to take control of PtH attacks, but unfortunately, all have been defeated one by one. These include:

Detecting Pass-the-Hash Attacks
It is important to recognize that PtH attacks are typically persistent and carried out by motivated attackers, thus cannot be prevented. Time has shown that prevention of sophisticated attacks is not a viable solutions. Enterprises should focus on the detection of PtH attacks through a variety of measures, such as:

Overview
Pass the Ticket (PtT) is an attack where the adversary steals a user’s Kerberos authentication ticket in order to impersonate that user against various enterprise resources.

All Windows-based servers as of Windows 2000 use Kerberos as their default authentication protocol and as such, are susceptible to this kind of attack. However, this attack is not only confined to Windows but to any system which implements Kerberos in its backend (for example, all Linux-based systems).

Kerberos Authentication Protocol – Background
The Kerberos authentication protocol enables the transparent Single Sign On (SSO) experience. The SSO enables users to actively authenticate (i.e. provide their password) only once even though they access various services – whether in the corporate network or in the Cloud (whereas the Kerberos ticket is translated to SAML tokens).

The Kerberos Authentication protocol works in the following manner: 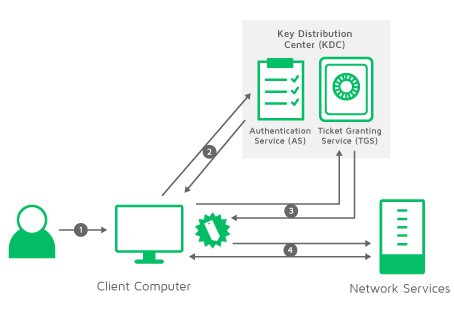 Pass-the-Ticket Attacks in the Wild
PtT attacks are easy to implement, where common automated pen-testing tools, such as WCE (Windows Credential Editor), include the support of this type of attacks. PtT attacks are also an initial step in an APT attack. In fact, Microsoft admitted to the security issue that Active Directory faces through PtT attacks already in 2013 during their BlueHat Conference.

Detecting Pass the Ticket Attacks
Measures for detecting and preventing PtT attacks include: